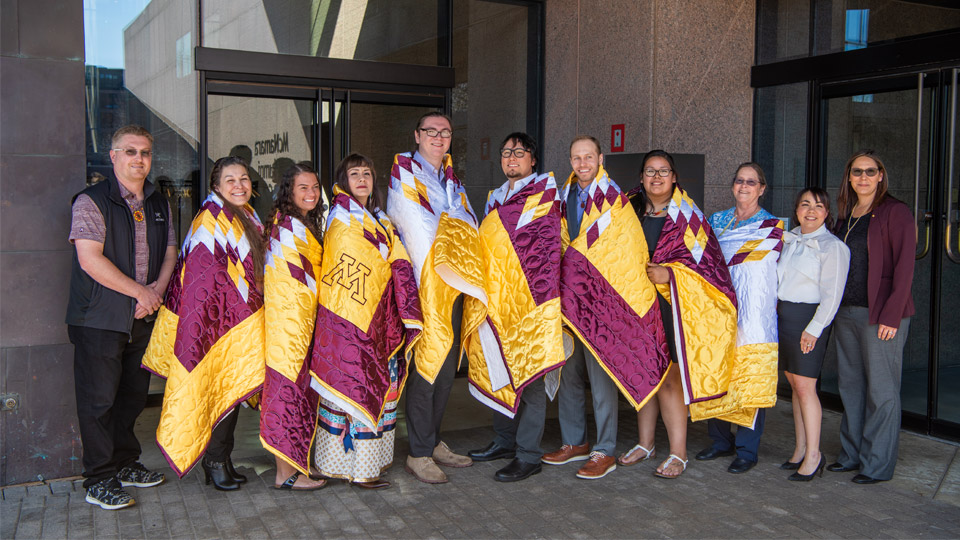 The Importance of Education

The youth of today will be our leaders of tomorrow. To prepare them, the SMSC dedicates funds each year to educational initiatives, including an endowed scholarship fund at the University of Minnesota.

Since its inception in 2009, this fund has helped nearly 200 talented students from tribes nationwide work toward a degree at the University of Minnesota's various campuses.

The SMSC Endowed Scholarship was established through a $2.5 million gift from the Shakopee Mdewakanton Sioux Community. The University of Minnesota matches the interest earned on this endowment fund with proceeds dedicated to providing scholarships for qualified American Indian students. The University's Office for Equity and Diversity administers the scholarship.

The primary goal of the SMSC Endowed Scholarship is to recruit and retain University of Minnesota students who demonstrate financial need. For undergraduates, scholarships are renewable for up to four years or until graduation (whichever comes first), contingent upon academic performance. For graduate and professional students, the length of funding is contingent upon the school of enrollment, academic performance, and degree program, and is determined on a case-by-case basis.