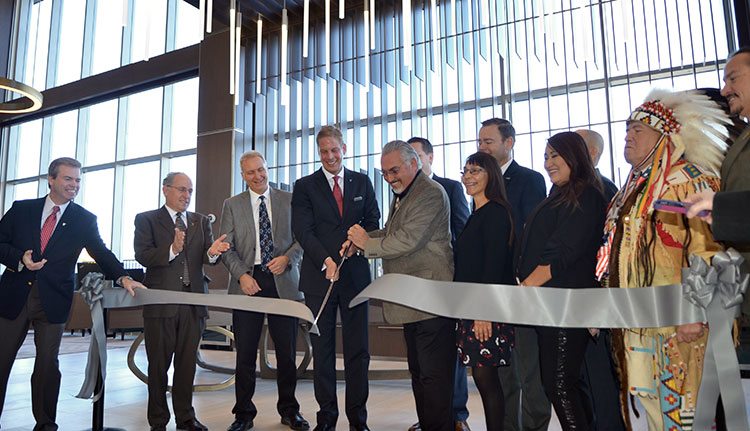 Building a Strong Future Together

The SMSC is the largest employer in Scott County, and the tribe continues to develop strong partnerships that further build on its role as a community and economic leader. The SMSC's agreements with local organizations like St. Francis Regional Medical Center help bring visitors to the region and bolster local economic development.

Home to the Mystic Lake Store and a hub for free bus service to Mystic Lake, Mall of America has been a longtime SMSC partner. The SMSC-owned JW Marriott Minneapolis Mall of America opened in 2014, featuring 342 rooms and finishing details that reflect the tribe’s Dakota culture. It is part of the largest construction project at Mall of America since the complex opened in 1992.

In 2017, the city of Prior Lake and the Shakopee Mdewakanton Sioux Community (SMSC) announced a water purchase and facility expansion agreement for a new joint water treatment facility. The South Area Water Treatment Plant serves both communities and treats up to 3.5 million gallons of water each day by removing iron and manganese from ground water.

The SMSC government and tribal enterprises employ 4,100 people in a wide range of careers. Committed to being a good employer, we are proud that our employees tend to stay with us for a long time – the average tenure is eight years.