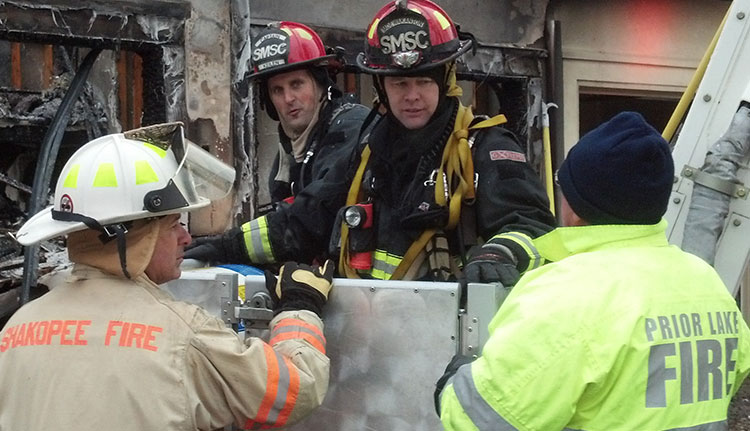 Working With Our Neighbors

The SMSC is committed to collaboration, good communication, and positive relationships with neighbors in Scott County and beyond. While the SMSC maintains its own infrastructure, it also contributes to mutually beneficial regional infrastructure, helping to reduce the burden that local cities and other governments face.

The SMSC has voluntarily paid millions of dollars for shared local road and trail projects, water and sewer systems, and emergency services. For instance, the SMSC funded a $2 million project to improve safety and reduce congestion on Highway 169. The tribe also recently made $300,000 in grants to available to local cities for trail improvements.

The SMSC has more than 60 agreements with local governments related to shared priorities such as public safety, natural resources, and infrastructure. The tribe often works closely with neighbors to find ways to collaborate on mutually beneficial projects, including emergency response, fire response, natural resource restoration, and prescribed burns that benefit the environment. Each year, Mdewakanton Public Safety – the SMSC's full-time fire and emergency response department – responds to approximately 2,000 calls at the SMSC and in nearby cities. The SMSC's Land and Natural Resources Department conducts prescribed burns for the tribe and its neighbors each spring and fall.

The SMSC is also an active member of SCALE (Scott County Association for Leadership and Efficiency). The organization has been a key stimulus in strengthening relationships among the governments in Scott County and has collectively saved them millions of dollars on joint projects. In 2014, the Harvard University Project on American Indian Economic Development presented an Honoring Nations award to the SMSC and SCALE for outstanding governmental collaboration.

We Are All Related

The Dakota people have a common expression “Mitakuye Owasin” [mee-tah-ku-ay oh-wah-seen]. It means, “We are all related.” It reflects the SMSC's worldview of interconnectedness, and the Community's ongoing dedication to development through cooperation.

See how our nation is investing in the region to build stronger neighborhoods and help people lead more fulfilling lives.

The SMSC maintains a variety of local partnerships that further build upon its role as a community and economic leader. Read more about these contributions to Scott County and the surrounding area.